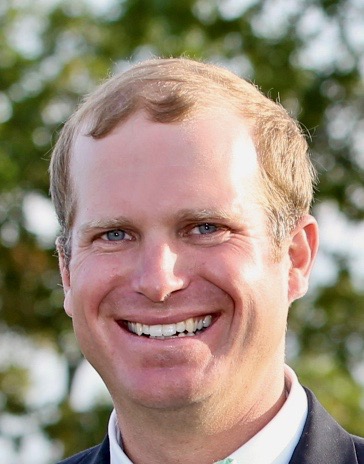 A passionate sailor out of Sakonnet Point since early childhood, Dolf cruises and races any chance he gets. He learned to sail at Sakonnet Yacht Club in Little Compton, RI, and cruised with his family starting at an early age on both power and sailboats. Besides a successful racing career as skipper on both his nationally ranked high school and college sailing teams, he has also enjoyed sailing in several Newport to Bermuda, Marion to Bermuda, and Annapolis to Newport races, including one double handed Bermuda 1-2 Race.

After graduating from Connecticut College with a degree in Economics and studying at the Tuck Business Bridge Program at Dartmouth, Dolf worked in finance in Boston. Before long, his dream of working with boats quickly brought him back to Rhode Island. After a 12-year successful career as an independent yacht broker, he is now excited to have joined The Hinckley Company.

Dolf, his wife Meredith, and their sons Alden and Wells live in Barrington, RI and spend their summers in Little Compton, RI where they enjoy cruising on their Hinckley Sou’wester 42’ or racing on their family-owned 1954 Alden designed sloop. During the winter months, Dolf and his family enjoy skiing at Alta, Utah and Wildcat, NH.

We use cookies to ensure that we give you the best experience on our website. If you continue to use this site we will assume that you are happy with it.Ok